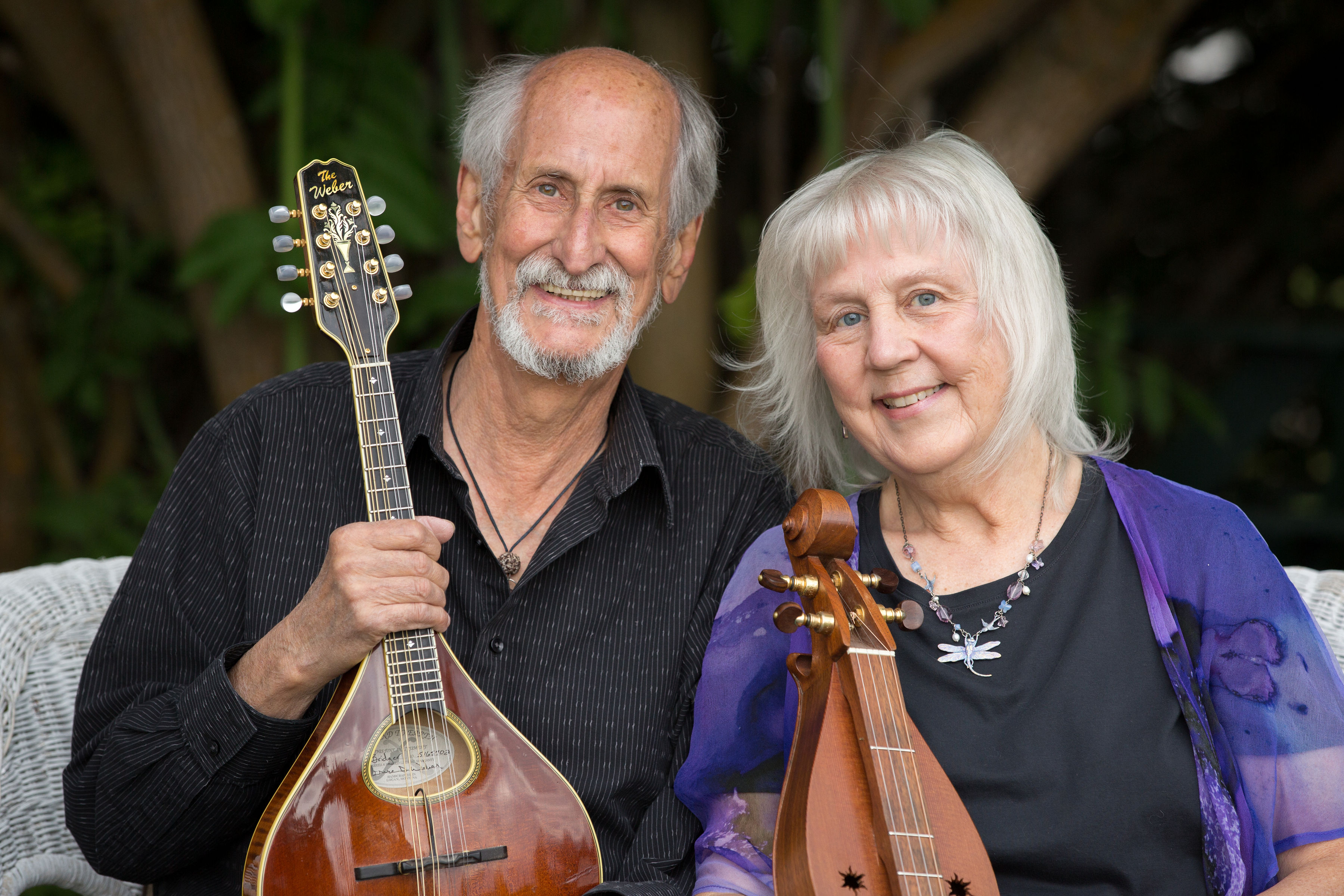 Heidi Muller and Bob Webb cross the musical boundaries between original songs and traditional tunes, blending each other’s influences from the Pacific Northwest to the Appalachian Mountains. Their songs feature Heidi’s crystalline vocals backed by Appalachian dulcimers, guitars, mandolin, and electric cello. They have recorded four albums together, in addition to Heidi’s five previous solo CDs.

Described as “arguably Seattle’s most beloved folk singer/songwriter” in the 1990’s by Heritage Music Review, Heidi performed in the Northwest folk scene for two decades. Her song “Good Road” was the theme song of the Inland Folk show heard on Northwest Public Radio for 30 years. Two of her songs were published in Rise Again, the sequel to the legendary songbook, Rise Up Singing. She toured nationally, performing at venues from coffeehouses to the Kerrville Folk Festival before she moved back East, where she became a popular mountain dulcimer instructor and performer.

In 2003, Heidi formed a duo with Bob Webb in Charleston, West Virginia. Bob is a multi-instrumentalist who has played cello and guitar since childhood, and mandolin and mountain dulcimer for over 40 years. He performed with the bluegrass group Swamp Grass, based in New Orleans, in the last USO tour of Vietnam in December, 1972. He has worked since the 1970’s as an accompanist, from his nine years in the band Stark Raven to going on the road with WV artists Kate Long and Dave Haas. Stark Raven became the house band for NPR’s Mountain Stage live performance radio show

Heidi and Bob now live in Joseph, OR at the foot of the Wallowa Mountains. Since the start of the pandemic, they have livestreamed performances, provided music videos, and taught online.

A discount code for 3RFS members is available on the payment page.